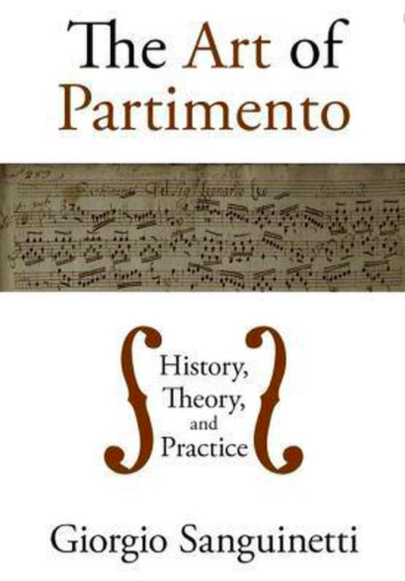 At the height of the Enlightenment, four conservatories in Naples stood at the center of European composition. Maestros taught their students to compose with unprecedented swiftness and elegance using the partimento, an instructional tool derived from the basso continuo that encouraged improvisation as the path to musical fluency. Although the practice vanished in the early nineteenth century, its legacy lived on in the music of the next generation. In The Art of Partimento, performer and music-historian Giorgio Sanguinetti chronicles the history of this long-forgotten Neopolitan art. Sanguinetti has painstakingly reconstructed the oral tradition that accompanied these partimento manuscripts, now scattered throughout Europe. Beginning with the origins of the partimento in the circles of Corelli, Pasquini, and Alessandro Scarlatti in Rome and tracing it through the peak of the tradition in Naples, The Art of Partimento gives a glimpse into the daily life and work of an eighteenth century composer.

The Art of the Partimento is also a complete practical handbook to reviving the tradition today. Step by step, Sanguinetti guides the aspiring composer through elementary realization to more advanced exercises in diminution, imitation, and motivic coherence. Based on the teachings of the original masters, Sanguinetti challenges the reader to become a part of history, providing a variety of original partimenti in a range of genres, forms, styles, and difficulty levels along the way and allowing the student to learn the art of the partimento for themselves at their own pace.

As both history and practical guide, The Art of Partimento presents a new and innovative way of thinking about music theory. Sanguinetti's unique approach unites musicology and music theory with performance, which allows for a richer and deeper understanding than any one method alone, and offers students and scholars of composition and music theory the opportunity not only to understand the life of this fascinating tradition, but to participate in it as well.