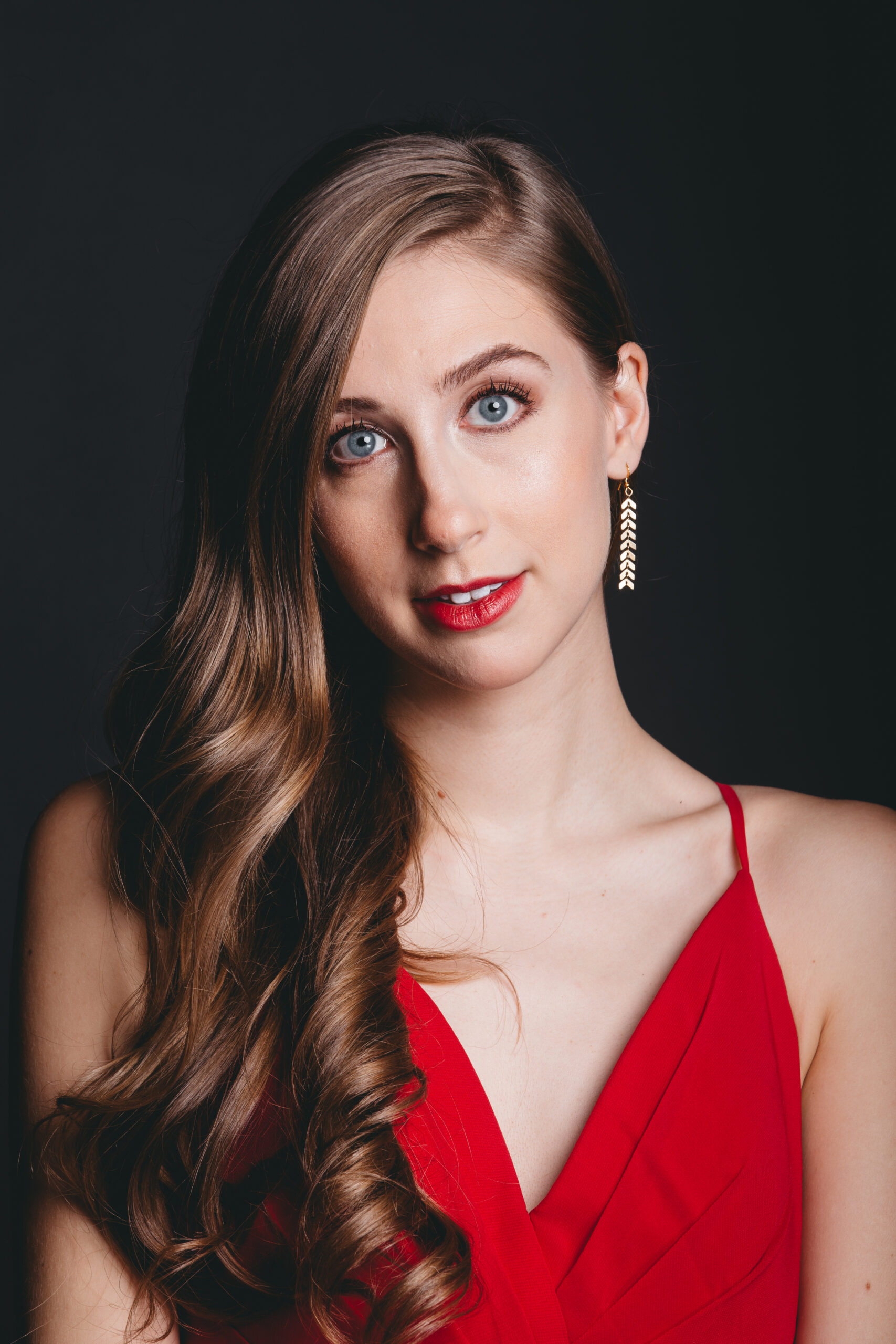 Award winning soprano, Elisabeth Hetherington (Toronto, 1992), completed her Undergraduate Degree in Voice Performance from the University of Toronto, Faculty of Music, and is now a cum laude graduate from the Masters of Historical Performance at the Conservatorium van Amsterdam. Since moving to the Netherlands in 2015, Hetherington has been praised for her “beautiful and intimate settings of Monteverdi” (Het Parool, 2019), “…singing of the folk song-like lines with an admirable dose of magnetism” (de Volkskraant 2019) and the “…delicate singing and presentation of airs de cour et parodies spirituelles” (El Pais, 2017). Elisabeth has quickly established herself as an up and coming performer and interpreter of early, as well as contemporary and modern repertoire throughout Europe.

Elisabeth has received a great deal of attention for her work in the field of Original Pronunciation of Elizabethan English – an area seldom explored. Her research into OP has quickly gained traction and in addition to her busy performing schedule, she has become a sought after clinician on the subject, giving masterclasses in conservatories around the Netherlands, as well as appearing as a lecturer in the Utrecht Festival Oude Muziek.

Managing to effortlessly bridge the gap between early and contemporary music, Elisabeth has premiered numerous works throughout the Netherlands, Norway and Estonia as well as recorded for Dutch composer, Arnold Marinissen.  Her versatility being her strong suit, she has been acknowledged for her ability to combine old and new music “Pianist Paolo Gorini set another Dickinson poem to music: It’s like … in the Monteverdian vocal decorations you can hear the versatility of Hetherington” (de Volkskrant, 2019). In addition to concert work and research, Elisabeth is passionate about the inclusion of multidisciplinary performance, and has enjoyed performing opera as well as developing a Solas with modern dance company Leineroebana: “Hetherington, in particular, demonstrates how well movement and singing go together in her” (Theaterkrant, 2019).

With her ensemble for voice and lute, Duo Serenissima, Elisabeth and Dutch lutenist David Mackor have had the opportunity to perform in many important festivals around the world, such as the Utrecht Early Music Festival and the Ravenna Festival and in addition to the Netherlands, enjoy a busy performance schedule in The United States, Canada, Italy and Norway.

Recently, Elisabeth was awarded Dutch Classical Talent Award 2020.  In addition, she was selected as an artist in residence for the Dutch Broadcasting agency Avrotros as a part of their AVROTROS Klassiek Presenteert with whom she recorded her debut solo album. Elisabeth is greatly looking forward to a season filled with opera, premieres, lectures and masterclasses and some of the highlights include The Divorce of Figaro with Holland Opera, touring Solace with dance company Leineroebana, completing a solo tour as the winner of the Dutch Classical Talent Award, touring with Duo Serenissima as a part of the Utrecht Festival Oude Muziek’s Seizoen Oude Muziek, and engagements in the Netherlands, Italy and the United States.