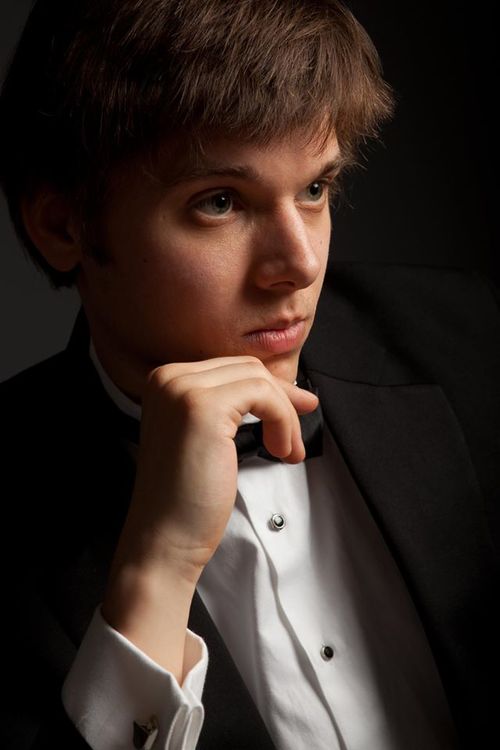 Known equally for his “verve, wit, and delicatesse” (Boston Musical Intelligencer) and his “infinite tenderness” (Evening Odessa), Artem Belogurov has an extensive repertoire, ranging through three centuries of solo and chamber works. He has a particular affinity for the Viennese classical style, in which he is distinguished by his use of improvisatory ornamentation. His interest in period performance leads him to historical keyboards, including clavichord, harpsichord, and fortepianos spanning the eighteenth and nineteenth centuries. His critically acclaimed album of solo piano works by the late nineteenth century American Romantic composers, recorded on a Chickering piano built in 1873, was released by the London-based label Piano Classics in 2015. He is also a discerning advocate of contemporary music, and collaborates with a number of composers. In 2009 he had the honor of performing the Boston premiere of Elliott Carter’s Caténaires for solo piano.

As a soloist and in chamber groups, Artem has performed in a wide variety of venues, among them Jordan Hall, Harvard Musical Association, the Universität der Kunste in Berlin, the Musikhochschule in Hanover, St Andrews University in Scotland, the Odessa Philharmonic Hall in Ukraine, the Rachmaninoff Society in Saint Petersburg, Castello di Galeazza in Italy, Tivoli Vredenburg in Utrecht, and Muziekgebouw in Amsterdam.

Artem’s recent projects included a series of lectures, recitals, and masterclasses in Germany on the Chopin Préludes with the noted musicologist and historian Mark Lindley, US tours with the brilliant young Ukrainian violinist, Aleksey Semenenko, and performances at the Early Music Festival Fabulous Fringe in Utrecht. He has also been performing programs drawn from his solo CD in the US and Europe. His recording of a new arrangement of Prokofiev’s opera Fiery Angel for cello and piano with the Russian cellist Maya Fridman on the label TRPTK is scheduled to be released in Fall 2016. His next recording projects include Beethoven’s complete works for fortepiano and cello on original instruments with the Canadian cellist Octavie Dostaler-Lalonde, for the Italian label Gamma Musica and a CD of violin and piano music by composers from Boston with Aleksey Semenenko. In the coming season, Artem will be touring Europe, the US, and Japan.

Programmes Past, Future and Present