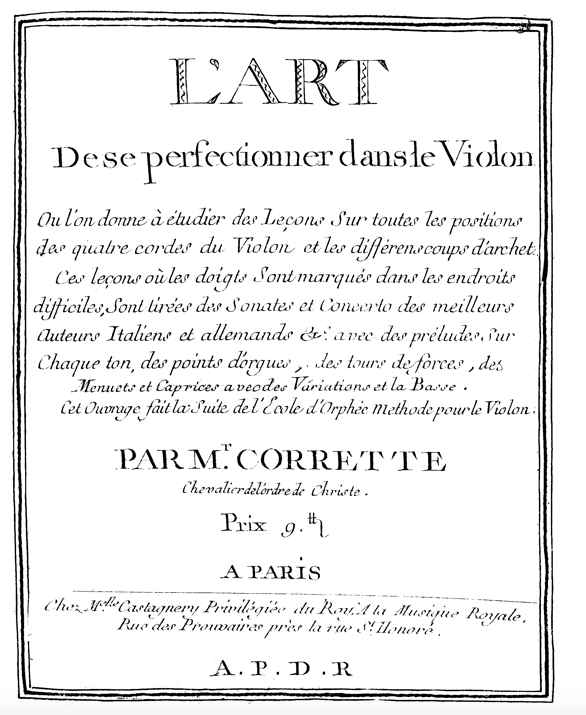 This treatise is short in text but has a lot of 'etudes', that are really just an overview of the current repertoire, going up till the highest level of technical demands of the time.

For improvisation there are several interesting aspects. There are 2 pages of preludes as examples how to do them in the most used keys.
There is a description of the Cadenza (point d'orgue) and in the 'etudes' section several sections have been designated as 'good cadenza material'.
Finally there is a description of ornaments. Interestingly a slow movement by Corelli is part of the 'etudes' but without any ornamentation. We have many versions of this piece from the 18th century with ornaments, so it is surprising that it is here in its bare form. 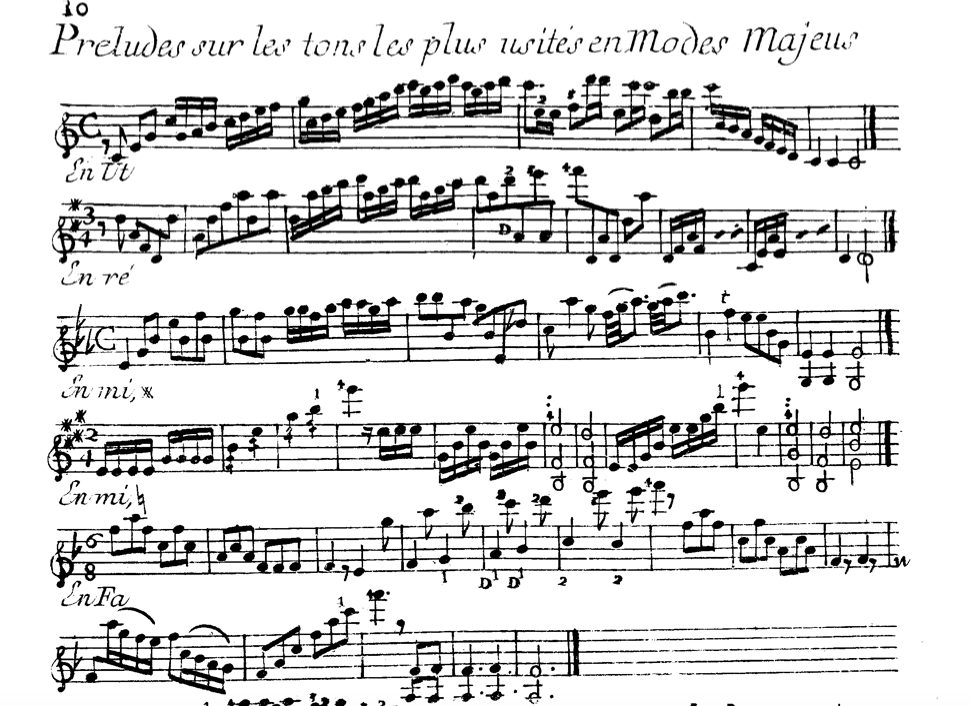 On a "point d'orgue" one can adlib on the dominant. This can happen both in an adagio and in an allegro. Sometimes the bass keeps the dominant, but usually nowadays the bass just stops, leaving the violinist to its fancy.
However, the violinist can't leave the key he found himself in at the organ point too far behind; but one is not subject to the beat.

Several examples of these Point d'Orgue can be found in the following exercises [this passage can be used in a Cadenza]. 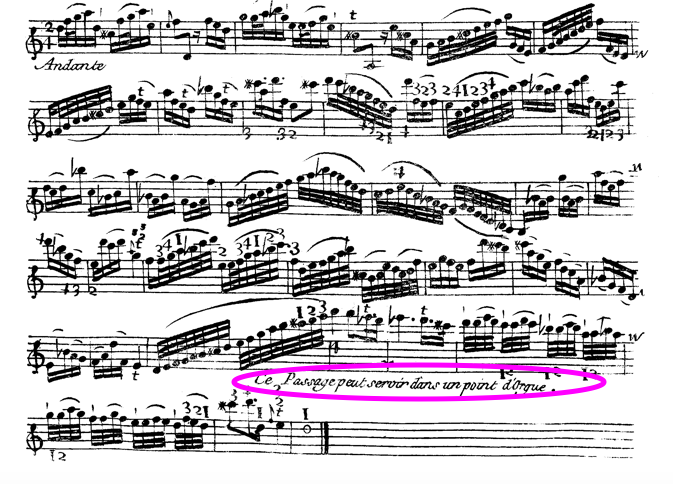 On long notes you should use the pincé, what we might call a mordent nowadays.

Otherwise the usual ornaments are described: the coulé (falling grace note between two notes a third apart), port de voix (appoggiatura, longer than the following note, do it where taste inspires), trill (from above) and the 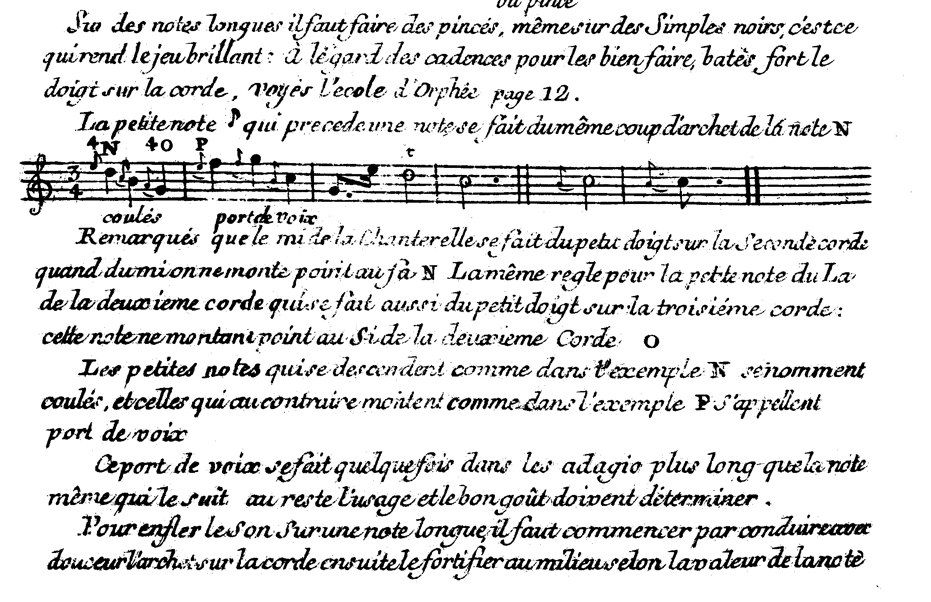 Here a mezza di voce "enfler le son" is described for long notes along with the ornaments. It's not called an ornament but this is implied.