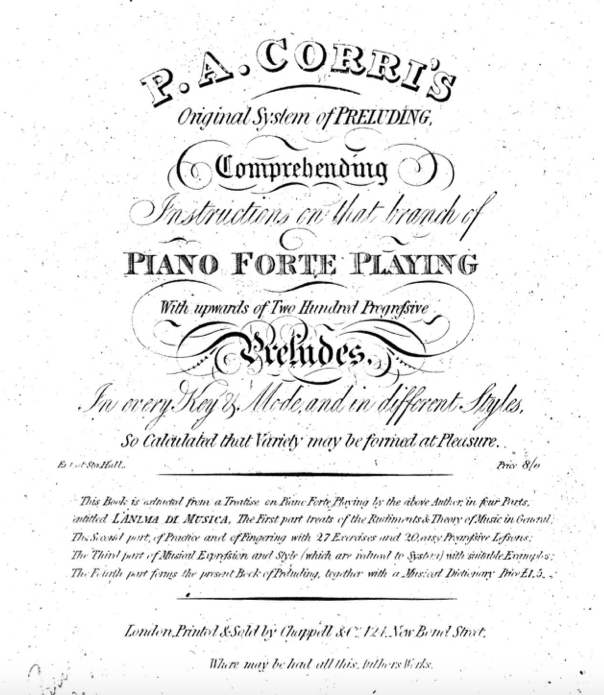 Corri gives six styles of preludes. The first 5 styles could be seen as different building blocks which he then recombines and varies in the sixth style. The first style is just a cadence in slow chords, so in a way one could start this process already as a beginner.

Every performance should be introduced by a prelude, not only to prepare the Ear for the key in which the air or piece is to be played, but to prepare the fingers, and therefore should in general consist of some rapid movement intermixt with Chords, Arpeggios or other passages.

A prelude is supposed to be played extempore, and to lay down rules would be as impossible as wrong. For the fancy should be unconfined; but for those who are not acquainted with the rules of Counterpoint or Composition I shall submit several specimens or styles of prelude, adapted to every capacity; those desirous to learn more on the subject must study that other branch.